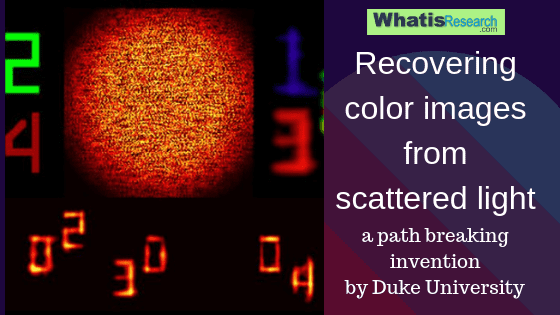 Recently Engineers at Duke University developed a method for Recovering color images from scattered light through a mostly opaque material.

This new approach overcomes the limitations of conventional optical memory effect techniques in the realm of color, by using spectral coding and compressed sensing to achieve snapshot color imaging through scattering media.

How it will be benefited?

The technique will be beneficial for the field of healthcare to astronomy. According to Prof. Michael Gehm, Electrical and computer engineering at Duke “Others have been able to reconstruct color images from scattered light, but those methods had to sacrifice spatial resolution or required prior characterization of the scatterer in advance, which frequently isn’t possible” but the approach avoids all such issues.

According to the report when light gets scattered when it passes through a translucent material, the emerging pattern of “speckle” looks as random as static on a television screen with no signal.

How it benefits for Astronomy and Healthcare?

The researchers believe their approach could find applications in the fields of astronomy and health care. With enough images, astronomers used to use this “memory effect” phenomenon to create clearer images of the heavens through a turbulent atmosphere, as long as the objects being imaged were sufficiently compact.

While the technique fell out of favor with the development of adaptive optics, which do the same job by using adjustable mirrors to compensate for the scattering, it has recently become popular once again. Because modern cameras can record hundreds of millions of pixels at a time, only a single exposure is needed to make the statistics work.

Limitations of this approach.

According to the report, this approach can reconstruct a scattered image but it has limitations in the realm of color. The speckle patterns created by different wavelengths are typically impossible to disentangle from one another.

How the researcher breaks the existing limitation?

The new memory effect imaging approach developed by the authors Xiaohan Li, a Ph.D. student in Gehm’s lab, Joel Greenberg, an associate research professor of electrical and computer engineering, and Gehm breaks through this limitation.

Must read: Top 10 Scientific Magazines in the world

They use a coded aperture followed by a prism. Here we must understand, a coded aperture is basically a filter that allows light to pass through some areas but not others in a specific pattern. After the speckle is “stamped” by the coded aperture, it passes through a prism that causes different frequencies of light to spread out from each other.

This causes the pattern from the coded aperture to shift slightly in relation to the image being captured by the detector. And the amount it shifts is directly related to the color of light passing through.

The researchers show that, by focusing on five spectral channels corresponding to violet, green and three shades of red, the technique can reconstruct a letter “H” full of nuanced pinks, yellows and blues. Outside of this difficult proof-of-principle, the researchers believe their approach could find applications in fields such as astronomy and healthcare.

“There are a lot of applications where people really want to know how much energy there is in specific spectral bands emitted from objects located behind opaque occlusions,” said Greenberg. “We’ve shown that this approach can accomplish this goal across the visible spectrum.  Knowing the aperture pattern and how much it shifts as a function of wavelength provides the key we need to disentangle the messy sum into separate channels.”

So this is all about the Recovering color images from scattered light.

Source story: Materials provided by Duke University. Note: Content may be edited for style and length. 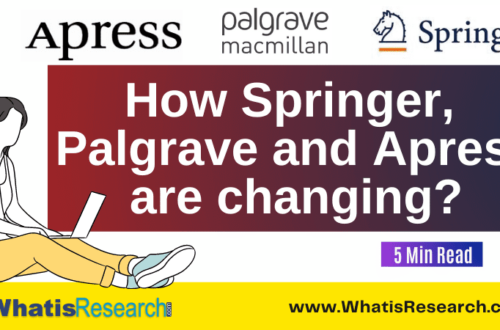 How Springer Palgrave and Apress are changing? 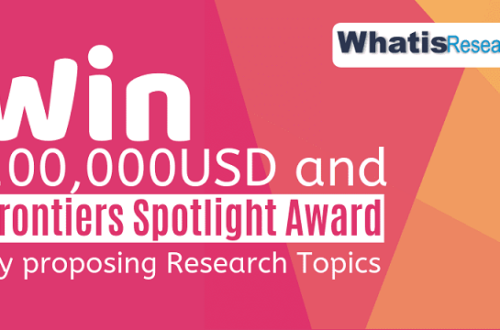 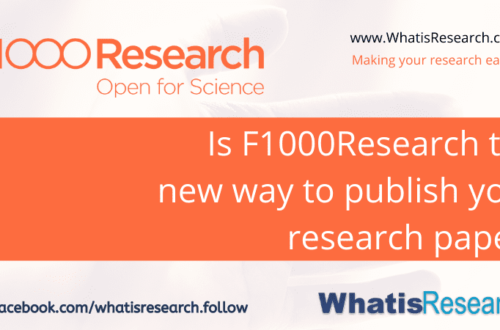 Is F1000Research the new way to publish your research paper?